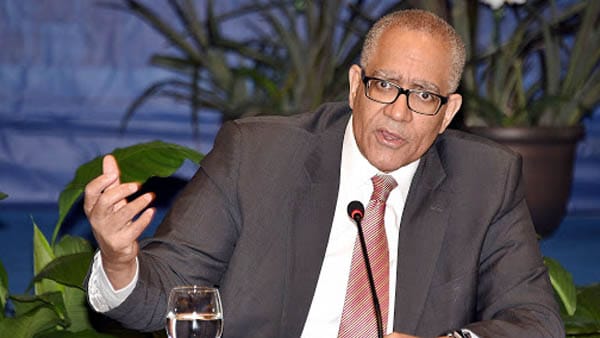 Written by Megan Defreitas on February 20, 2020

Former Governor of the Bank of Jamaica, Brian Wynter, has joined the Board of Seprod Limited, the company said yesterday, February 19.

Wynter’s appointment took effect on February 20, 2020 and will see the well-known banker join the team of the food company which generated revenue of J$34.35 billion in 2019.

The announcement of Wynter’s appointment was made via notice by the food company to the Jamaica Stock Exchange, where it is listed.

“The Seprod family welcomes Mr Wynter to the Board and looks forward to his contribution to the governance and oversight of the Company.”

According to Seprod, Wynter “is internationally recognised as a central banker and financial markets executive with a wide range of private and public sector experience in challenging environments.”

It went on to list his achievements which include his former post at the central bank during which the country saw a “historic economic turnaround”, being co-chair of the Economic Programme Oversight Committee, being founding CEO of Jamaica’s Financial Services Commission and corporate finance head and country treasurer for Citibank Jamaica.

Further, Seprod said Wynter has moved “seamlessly between public and private sectors” with his experience involving roles at the International Monetary Fund’s Caribbean Regional Technical Assistance Centre in Barbados and the capital markets and derivatives subsidiaries of Chase Manhattan and Schroders in New York City.

Wynter holds a BSc (Econ) from the London School of Economics and Political Science, a Diploma in Law from The City University in London and a Masters in International Affairs from Columbia University School of International and Public Affairs in New York. He was called to the bar in England and Wales and in Jamaica.

He served as Governor for the better part of a decade, his tenure lasting from November 2009 to August 2019 when he left and was replaced by Richard Byles.

“The Seprod family welcomes Mr Wynter to the Board and looks forward to his contribution to the governance and oversight of the Company,” said Seprod.